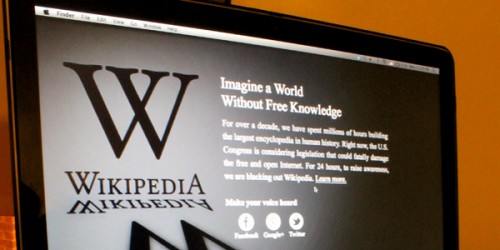 The Stop Online Piracy Act was a bill introduced in October that would give the federal government power to inhibit people from using foreign online piracy websites. The sites trade counterfeit movies, music and other American copyrighted products. 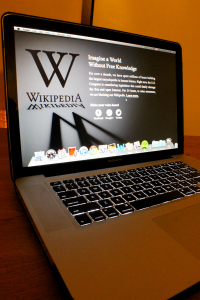 [/media-credit]Another similar bill, Preventing Real Online Threats to Economic Creativity and Theft of Intellectual Property Act (PIPA), was introduced in the Senate last May with the goal of giving the federal government and copyright holders the ability to block access to websites dedicated to infringing or counterfeiting goods outside of the U.S.

The bills gained support in Congress, but were severely opposed by Internet users who claimed the bills were too aggressive and infringed on First Amendment rights, Quinnipiac’s Assistant Dean of Career Services for Communications Joseph Catrino said. By the end of last week, lawmakers showed opposition to the bill and a vote on PIPA that was scheduled for Jan. 24 was postponed, as lawmakers looked to reach an agreement. In the House of Representatives, Texas Representative Lamar Smith, the driving force behind SOPA, killed his own bill last Friday.

Rich Hanley, associate professor of journalism and director of the graduate journalism program, said the bills strayed into areas of prior restraint and censorship, thus freezing the free flow of information that is at the core of the Internet.

“Present federal laws regarding copyright protection and penalties for piracy are sufficient at this point, and effective enforcement rather than new laws that overreach the mark is the way to balance the interests of copyright while keeping knowledge and the creative process thriving online,” Hanley said.

Copyright infringement has been a growing issue in regards to the Internet, but many websites, such as Youtube, already self-censor by flagging and taking down copyrighted material. The issue is beginning to focus in on content from foreign sites.

“While I understand and agree to a certain extent that copyright infringement, the foundation for these proposed bills, needs to be addressed especially from foreign websites discussed and focused on in the bills, there could have and should have been a better approach,” Catrino said.

Thousands of websites including Wikipedia and Craigslist went dark on Wednesday, Jan. 18 for 12 hours, in protest of the bills. On Google’s home page, a black box covered the famous logo with a message that said, “Tell Congress: Please don’t censor the Web!” According to a report in the Washington Post, Google Inc. gathered more that seven million signatures for its online petition to Congress to reject the bills.

The main supporters of the bills were companies in the music, film and gaming industry, Student Government Association Class of 2012 Representative John Scholl said. Scholl is a firm believer in keeping the Internet “free.”

“Most of the [supporters] were supporting it for their own self-interests of profit,” Scholl said. “What they missed was an understanding of the Internet culture.

“If these bills passed, smaller Internet-based companies wouldn’t survive. For example, I work at a small Internet marketing firm which uses Facebook and Google to advertise for local businesses in the Boston area. If the bill passed, the company would have to constantly worry about copyright infringement.”

Although the bills in their original form failed, the fight to keep the Internet open and free is far from over. Congress returned to the drawing boards to reach a wider agreement on a solution. A PCWorld report projects that SOPA will reformulate in February and PIPA will include possible amendments within the next weeks.

Last week, a new similar bill has surfaced, according to PCWorld, the Online Protection and Enforcement of Digital Trade (OPEN). This bill would give the International Trade Commission oversight on foreign-based websites and would apply to sites that promote copyright violations.

The bill said that the OPEN Act would secure that Americans have to right to benefit from what they’ve created and the right to an open Internet.