Counselors to mentor for Pre-Law Society 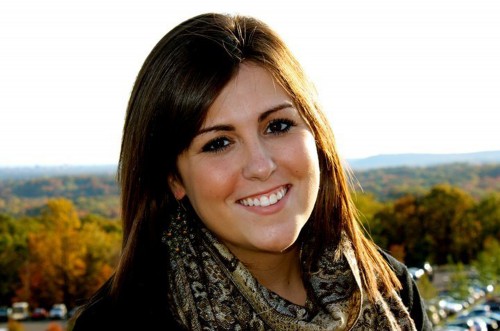 Quinnipiac’s Pre-Law Society is unveiling a new mentorship program early next semester to guide students looking to go on to law school on classes, the LSATs and financing.

Kaitlin Bauer, vice president of the society and director of the program, was interested in going to law school but didn’t know how to go about applying and thought other students may have been having the same problem.

“I figured that having a mentor program to help guide the way, would be great for other students who want to go to law school too,” said Bauer, a senior management major.

The idea for the mentorship program was outlined and planned last year by select members of the executive board, including the president of the Pre-Law Society Devon Jerome.

“Collectively as a society, we are looking forward to potentially learning from current Quinnipiac Law School students about the law school culture to supplement traditional advising resources,” Jerome said.

Diana Pategas, associate vice president for alumni affairs & parent relations, was happy to hear about the mentorship program and the potential it has to succeed.

“We have a list of over 500 QU and QU Law alumni who have indicated that they would be willing to mentor students, and there are nearly 60 of those specifically in law-related fields,” Pategas said.

Bauer said the mentorship program will have a kickoff event in early February to discuss the program and what it would do for students here at QU.

“The kickoff event would have details about what the program has to offer, a panel discussion with a bunch of people in the law field, students, and people in the professional field of law with free food.  It is basically welcoming people into the program,” Bauer said.

About two weeks after the kickoff meeting, there will be a shadowing week at the law school.

“We are kind of throwing around the idea of having a mock class so students can kind of see what law school classes are really like,” Bauer said. “A lot of kids go into law school not really knowing what a class would really be like, the type of teaching that is involved.”

Throughout next semester, Bauer expects to bring in various speakers for the program. The first speaker would focus on actually applying to law school and completing the application.  The second meeting will have speakers come and focus on LSAT prep. The last meeting of the semester would be focused on how to finance law school.

Bauer stressed that anyone can join Pre-Law Society and encourages others outside the legal studies major to join.

“I know so many people who want to go to law school but haven’t joined because they thought it was only for law majors,” Bauer said. “I am a management major and I’m the vice president of  the Pre-Law Society.”

“These kinds of relationships are mutually beneficial: students get valuable real-world advice, while building their personal and professional networks, and alumni remain connected to Quinnipiac in a meaningful way and personally invest in the success of our students,” Pategas said.