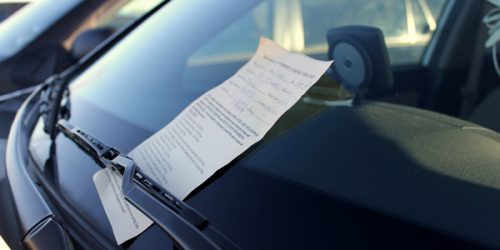 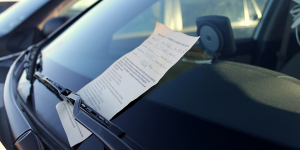 [/media-credit]Seniors living in Eastview who park in the adjacent surface lot were surprised to find tickets on their cars on Nov. 29. Many did not know that they are responsible for knowing when scheduled events at the TD Bank Sports Center require them to remove their cars from the lot, according to Chief of Safety & Security David Barger.

Prior to the first ticketing, which took place late in the afternoon for the evening basketball game, security had not notified students of this policy.

“I can’t get on the PA everyday and call those buildings and say you have got to get out of there, because that just doesn’t work,” Barger said.

Student Government Association helped grant seniors permission to park in the lot earlier this semester. SGA first came to campus security last year, requesting permission for residents of the Townhouses, to be able to park in the adjacent surface lot. Following the completion of Eastview this past August, SGA requested the same rights to be granted to these residents.

Barger said that the university issued $10 tickets for “vehicles parked in prohibited lots.” If ignored, the fee from the tickets double after 15 days from the date of issue. The most recent events that resulted in ticketed cars were on Nov. 29, Dec. 1, and Dec 2. Barger said that the university wants students to use online resources, including MyQ, to keep updated on campus events.

Students, however, disagree with the responsibility.

“I have a responsibility as a student and also being involved in organizations on campus. I don’t have time to dissect the sports schedule and figure out when to move my car,” senior Eastview resident Amanda Carey said.

“There had been games before and we were not ticketed,” Carey said. “Security all of a sudden decided to start enforcing the rule.”

Ryan Parent, another senior living in Eastview, said that students should be concerned with this system.

“It was made clear to me in conversations with faculty that the parking in Eastview was contingent upon the students moving their cars for select games, ones that we would be notified for,” Parent said.

Besides needing spaces in the surface parking lots for visitors during events, there are more reasons for asking students to move their cars.

Barger said that security does not like to open the parking garage gates to the public, because that disables them from being able to monitor who is coming in and out of the garage.

With winter approaching, snow plowing is another source of concern for outside parking. Last year, facilities asked Townhouse residents to move their cars before plowing, to prevent plowing in cars.

“It is actually a privilege, and students are probably treating it as a right, but if you do not know that you are not supposed to be there, then how can you address the situation,” Barger said.

The proposition for this parking privilege was the result of the work of SGA and Vice President of Student Concerns Vincent Bond. Barger said that Bond has done a fantastic job working to negotiate this deal.

Carey said that as a result of the unexpected ticketing on Nov. 29, Bond gave students event schedules with dates and times Eastview residents must remove their car from the lot by, which she has found to be helpful.

Bond also handles complaints from Eastview residents about the ticketing.

In an email response to a disgruntled student, he wrote that many residents have voiced concern.

“I am working to resolve the issue and get these tickets waived,” he wrote about the first day when no notification was given.

In the email, he urges students to follow the schedule for the next two weeks.

According to Barger, the problem is the result of a lack of flow of information.

“There has been a disconnect between SGA and the student body, because we can put the notices out on MyQ for the entire season, but we can’t send individual emails updating today,” Barger said.