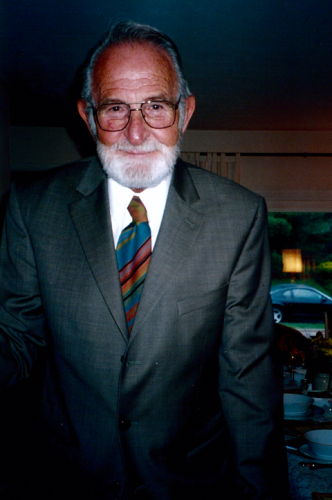 Leonard Kent. Photo courtesy of a friend of Kent's family

Former president of Quinnipiac and long-time member of the English department, Leonard Kent, passed away Nov. 8 at Mid-State Medical Center in Meriden. He was 80.

Kent served on the faculty for 38 years. He began his career in 1960 as an English professor and in 1966 was named Chair of the department.  In 1971, he became president of the university, a position he held until 1977. Following his presidency, he returned to teaching English full time and retired in 1997.

Prior to his tenure at Quinnipiac, Kent graduated with a bachelor’s degree from Long Island University, a master’s from New York University and a doctorate in comparative literature from Yale University.

“When I became president, he immediately became one of my closest advisers and confidantes,” Lahey’s statement said. “His friendship was priceless. His wit, wisdom and intellect were extraordinary, and he will be sorely missed by so many members of our community.”