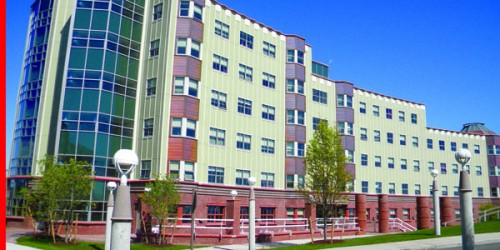 Despite changes made to make the senior housing process easier and less hectic, juniors, who began choosing their housing selections for next year at the end of October, are still unhappy with the results.

“I sat in Rocky Top for three hours waiting for them to call my number,” junior Christine Siu said. “There are so many seniors living on campus this year that it fills up so quickly. They didn’t have anything left by the time I went to pick, it was last choice.”

Students selecting alternatives once their desired selection was taken slowed down the process, according to Melissa Karipidis, associate director of residential life. After Eastview and most off-campus houses were taken, students were offered Whitney Village apartments or the Westview residence hall as an alternative.

“Since I got Westview it’s three singles and a double,” junior Kiriana Morse said. “So now I’m stuck in a double and I don’t get a single out of my entire four years here, that kind of sucks because I’m a senior, shouldn’t I have some privileges?”

Junior Matthew Gall is also unhappy about the options he was left with during his housing selection.

“It would have been nice if we got to live in Townhouse instead of Westview,” Gall said. “Townhouse and Eastview are comfortable. Between Eastview and Westview, everyone wants Eastview, so we got the short end of the stick.”

According to Karipidis, more seniors applied for housing this year compared to last year. The university didn’t guarantee senior housing until just a couple years ago, requiring instead that seniors live off-campus.

“I think there are always students that want to live off-campus and go out into the world,” Karipidis said. “But I will say this is the place to be, I think we offer a variety of options that are appealing to seniors. We have tried to make sure that what we’re offering is what the students are looking for.”

According to Karipidis, the process was changed to combat students who began the search to rent houses off campus for next year.

“We were trying to bring them back to campus, but we know students who were getting places off campus, renting houses in particular, make those plans in the fall for the next fall. So in order to be competitive with that process, we had to change the timeline of what we’re doing.”

When housing selection opened up on Oct. 24, residence hall directors were located at tables specifically for Eastview, Westview, Whitney Village, and houses. The housing staff was also available at 10:30 a.m. for students with questions. Some students were not impressed by the help.

“They should give us time slots where we can do it online, like we’ve done every year so far,”Morse said. “I don’t understand why the process should be changed just because it’s senior housing.”

Staci Canny contributed to this story.