Quinnipiac men’s basketball pair to testify in court this morning 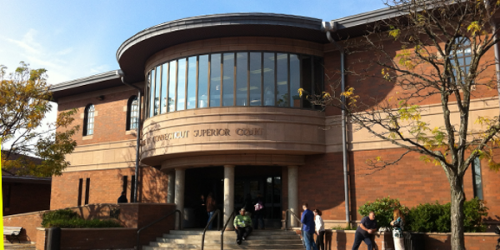 Quinnipiac men’s basketball players Ike Azotam and James Johnson will testify against third degree assault and second degree breach of peace charges after an on-campus fight Sept. 18. The trial for the pair will begin at 10 a.m. in Meriden Superior Court.

Azotam, a 20-year-old sophomore, and Johnson, a 21-year-old senior, who pleaded not guilty to the charges at their arraignment Sept. 26, were sanctioned by the school on Oct. 6. Quinnipiac head coach Tom Moore said he suspended the players once he heard of the incident and reinstated them once the university sanctions were imposed.

The players’ defense attorney Thomas Lynch said after the arraignment that Azotam was misidentified during the incident, and expects the charges to be dropped and that Johnson was assaulted prior to the fight.

Both Azotam and Johnson were absent during Quinnipiac’s Midnight Madness, but remain on the team’s roster.

Stay with the Chronicle for updates on this story.