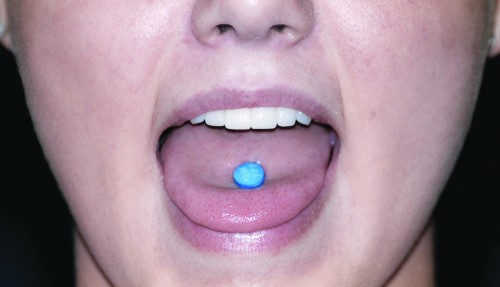 Xanax is for the anxious, Prozac is for the depressed, steroids are for the hardcore gym-goers and well, Adderall is for the overachievers, or the common college student.

Adderall has quickly become the magic pill students have searched high and low for, just as the middle-aged look for the fountain of youth. Except this magic pill is not just a phantasm but a reality, and very accessible around college campuses.

“Saying Adderall is easy to get is an understatement,” said a Quinnipiac senior who requested anonymity. “I could get 25 milligrams for $4 off of one of my friends and study for about eight or nine hours straight. It’s almost too easy.”

The controlled substances policy in Quinnipiac’s student handbook prohibits improper possession, misuse or selling of prescription medication such as Adderall.

Adderall is prescribed to children and adults who have Attention Deficit Hyperactivity Disorder. The neurologically-based behavioral disorder is characterized by the inability to pay attention, impulsive actions and hyperactivity.

The little blue pill has replaced Ritalin in the last 10 years as the go-to upper. Many people fake having ADHD to score a prescription, or buy pills from friends who legitimately have the disorder.

“Adderall is an amphetamine-type stimulant which increases the heart rate, blood pressure, and metabolism,” said Dr. Philip Brewer, medical director of student health services. “It is both used and abused because it produces increased mental alertness and a sense of energy as well as exhilaration in many cases.”

The price for a pill is about the same as a cup of coffee, but the results are much more intense, giving students the energy for marathon study sessions.

“I wouldn’t say I am reliant, but I take it as often as I can to get my work done,” said the Quinnipiac senior. “I take at least five or six pills a week.”

Weight loss and loss of appetite are possible side effects from continued use of Adderall. They are seen as a bonus for students trying to shed the extra 15 pounds left over from freshman year. But are the risks worth it?

“It has been used as an appetite suppressant but it has failed in clinical trials to produce sustained weight loss,” Brewer said. “When it is abused it can cause hallucinations loss of coordination, anxiety, impulsive behavior, and addiction. It is also harmful to the cardiovascular system and can cause heart attacks and heart failure.”

Alan D. DeSantis, a professor at the University of Kentucky, studied ADHD and stimulant use and suggests that 34 percent of the university’s undergraduate students have used stimulants like Adderall as a study aid. According to his report, the number rises the longer students are in school, as nearly 60 percent of Kentucky’s upperclassmen have used “neuroenhancers.”

Adderall has recently been characterized as the easiest form of cheating. Many universities have called for a ban on the use of Adderall by students who do not have a prescription. Wesleyan University in Middleton, Conn., has done just that by modifying the student handbook to recognize the abuse of prescription drugs as a violation of “improper assistance” in academic work.

“Adderall can improve performance whether one has ADD or not,” Brewer said. “Its use by other people is the ethical equivalent of the use of performance enhancing drugs by athletes. Stopping performance enhancing drug use by athletes can only be accomplished through massive programs of drug testing. Should we start testing students for unauthorized amphetamine use, and take away their degree if they test positive? Of course not.”

Kelsey Buttendorf, a senior psychology major with ADD, takes 20 mg of rapid release Adderall twice daily. After struggling with the developmental disorder for many years, she turned to Adderall as a last resort.

“I used to think that maybe I would have an unfair advantage over other students who didn’t take or need Adderall,” Buttendorf said. “Because of that I was hesitant to go on the drug, and also because it is a controlled substance which can be kind of dangerous. So I went on Strattera for a couple of months, but it did nothing besides make me lose my appetite. Adderall was my last resort.”

Buttendorf said that the medication has helped her to perform to her greatest ability in school.

“It feels like intensified concentration, like a normal person having a bunch of cups of coffee,” Buttendorf said. “You feel like all your senses are heightened and more motivated. You have the motivation but the drug just helps you come down and focus on one thing at that one time.”

“I think it is all mental,” Soares said. “They think that Adderall helps them but it’s just in their head. Students just feel like they need it when in reality they don’t.”