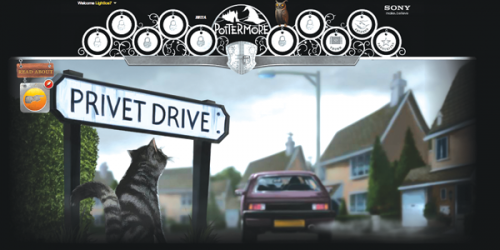 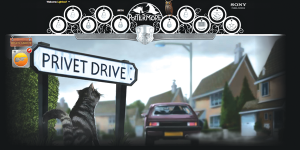 Although the series is over, die-hard Harry Potter fans still have more to uncover on the computer screen, thanks to J.K. Rowling.

Pottermore, an interactive website based on the Harry Potter series, now serves as a new hobby for nearly one million new “witches” and “wizards,” according to the official Pottermore blog.

After the seventh book was published and the eighth movie premiered in theaters, Potter fans around the world still craved more.

J.K Rowling then decided to create Pottermore, a website in which Harry Potter fans can practice their wizardry skills, meet new people, and learn new secrets about Hogwarts and the Potter series.

The online Potter hype began this past July, when Rowling left seven days for Potter fans to register for Pottermore. In order to be part of Pottermore, registers had to answer one single question to be eligible to participate.

The website’s overwhelming popularity only continues to increase.

According to the official Pottermore website, the game has already received more than 550 million page views since its opening.

“I’ve been looking forward to [Pottermore] coming out, and the way the game works is really exciting,” McAndrews said. “Since [Pottermore] included new information about the books it really drew attention. Answering questions based on J.K. Rowling was also really cool.”

Currently, the site is only open to original Beta participants. The site was rumored to go public again on Oct. 16, but it will now become open at the end of the month. Once the website is re-opened, Pottermore will offer digital audio books and e-books for purchase through the online Pottermore Shop.

Senior Luciana Ruzzier spends one to two hours per week on Pottermore, and she predicts that more features will be added to the site in the future.

“I think this website just shows how popular the books really were,” Ruzzier said. “These books changed peoples lives that is why people want to be a part of Pottermore, to keep not just the series, but the magical world alive.”

Essentially, Pottermore is a magical world in which patrons play alongside Harry Potter as a witch or wizard. The game allows players to experience the books in a new and interactive way.

Due to his hectic schedule, sophomore Joe Rodriguez spends one to two hours per week on Pottermore. According to Rodriguez, Pottermore is up to par with other interactive websites.

“Pottermore is really interactive, and being disappointed I didn’t get my owl when I was 11, it gives a chance for a person to really go through the Hogwarts and Harry Potter experience,” Rodriguez said.

All players receive a wand, which they use throughout the game. As players further advance into the Pottermore world, they earn points for their respective house: Gryffindor, Ravenclaw, Slytherin or Hufflepuff.

Points are earned by winning challenges such as spell duels and brewing potions. A record of these points is kept on a feed of sorts, so players can keep track of their point earnings.

“It was the best feeling when I got my wand, and was sorted into my house,” Rodriguez said. “Being a part of Pottermore is like the small reminder of childhood.”

Not only is this website designed to learn more about the Harry Potter series, but is also a game in which players can interact with other fans.

Fans have enjoyed Harry Potter’s world for the past ten years. They have grown up with Harry, they have watched his struggles and witnessed his greatest moments.

Although the Potter saga may have ended on the big screen, the magic now continues.