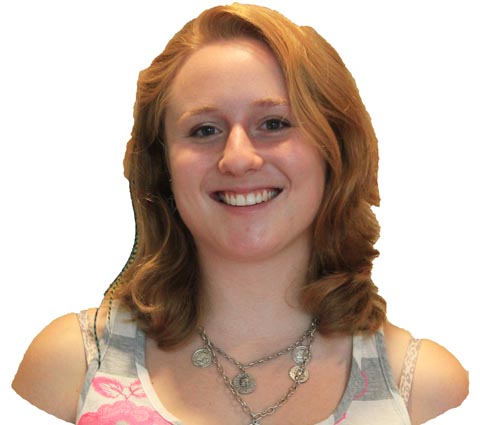 An average looking middle-aged man with a slightly Kermit-like voice told us last night that he “solicits secrets from strangers.” Taken out of context, this could make Frank Warren sound like

a bit of a weirdo, or at least a bit socially awkward.

But then you learn that Warren is the sole founder of PostSecret, the largest advertisement-free blog in the world, sporting a visitor count of almost 473 million since its debut on New Year’s Day of 2005.

PostSecret is “an ongoing community art project where people mail in their secrets anonymously on one side of a homemade postcard,” according to the statement on postsecret.com.

Tonight, PostSecret came to QU courtesy of the Student Programming Board and the Office of Multicultural and Global Education. Warren told the audience filling up the chairs and bleachers at Burt Kahn Court a handful of anecdotes. Some were funny, like when he told us that the number one secret he receives is “I pee in the shower.” Some were sad, like when he spoke of his own broken childhood and the close friend he lost to suicide at a young age.

There were some parts of his presentation that made the audience cringe, or gasp in some kind of emotion, be it embarrassment or simply shock. An example of this would be when a large full-color picture of a nipple with a hair being plucked of it adorned the pull-down screen behind Warren on the stage. This served as an example postcard that HarperCollins Publishing simply would not publish for one reason or another.

Other parts made audience members pause and reflect, like when he taught us that in Hebrew, the word for “secret” means “come closer.” Often you would hear the unconscious release of an emotion, in the guise of a sigh or an intake of breath. It was encouraging to hear a collective body of QU students showing empathy in this way.

Warren said he has been accused of being voyeuristic, for which a valid argument could be made. After all, Warren showed a picture of the more than a quarter of a million postcards that he has in his archives at his house.

So what is the purpose of Warren’s efforts of hoarding strangers’ secrets?

I don’t think it’s possible to know for sure unless you are Warren yourself. But his sincere conviction about keeping secrets makes it clear that Warren has good intentions in his heart. His stated intentions revolve around the fact that releasing a secret can act as a cathartic moment in a person’s life.