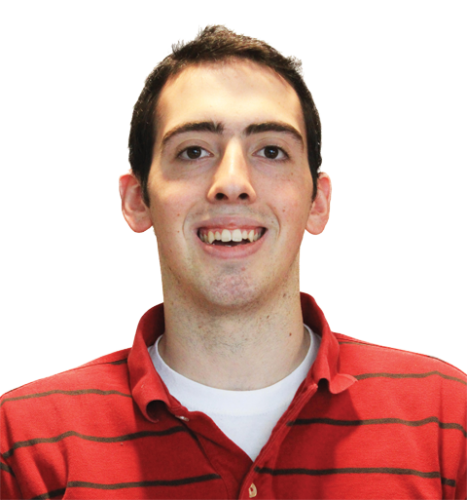 I didn’t have the privilege of participating in Hall Wars my freshman year, but I can unequivocally say it’s the best student-run event at Quinnipiac.

Sunday marked the seventh annual Hall Wars, an event that motivates freshmen to compete in physical activities on the Quad for cheap medals and – far more importantly – four years worth of bragging rights. This year, after a scoring miscount, Dana second floor east earned the title of Hall Wars champions for the Irma/Dana squad, but the real winners are the brothers of Sigma Phi Epsilon.

Bravo, men. You put on quite a show yet again. My measurement of success is simple: percentage of target audience who participated. The event calls for freshmen, and you’d be hard-pressed to find freshmen not reppin’ Hall Wars T’s during the event.

It’s hard to give an exact number, but after I conferred with Alex Forman, SigEp’s president, a safe bet would be three-quarters of freshmen (approximately 1,200 students) participated in this year’s event. Then add resident assistants, members of co-sponsoring organizations, and, of course, the 80-plus brothers of SigEp, and you have one major campus event.

I wouldn’t call Hall Wars a runaway winner for best student-run event at QU, as it has some stiff competition. The Big Event, run by a committee, drew some 1,200 volunteers last year to help at 81 sites. And I’ve heard this year’s committee is shooting to get even more students involved this year – just fantastic.

There are also Student Programming Board’s fall and spring concerts, both of which usually draw huge crowds at TD Bank Sports Center. More than 1,000 tickets were sold the first day of ticket sales for Sam Adams and 3OH!3 this fall. Again, I tip my cap.

But no concert or community service event organized by Quinnipiac students matches up to Hall Wars by my quantitative measure. Also, no other event produces the lasting effect Hall Wars does.

Residents in my hallway freshman year were particularly close. Just about everyone kept his door open all day, and it didn’t take long for everyone to know each other’s name. We didn’t win Hall Wars, but we fought a good fight, and we truly became Quinnipiac students that day.

(I think it’s pretty obvious that Irma Deuce West would have beaten Dana if I had competed. I wanted to compete but missed sign-ups due to golf tryouts. Yes, this school used to have a men’s golf team and now it has a women’s golf team – both coached by John O’Connor. But I digress.)

The bonding that happens during Hall Wars is undeniable. Whether you competed on the field or cheered from the sidelines, you bled the color of your hall’s T-shirt that day.

I dub SigEp the real winners purely because the name is synonymous with Hall Wars, but the event’s success wouldn’t be possible without the help of several co-sponsors, namely SPB and the department of residential life. Resident assistants drill the importance of Hall Wars into the minds of freshmen from the get-go – or at least that’s what mine did. Thank you, Mark Miller. SPB provides an inflatable obstacle course, dunk tank, and popcorn and snow cone machines.

So, besides face paint, intensity, and thousands of students running around all day until the final stretch of the relay race, what makes a great event? One that helps raise a lot of money for a good cause. Brothers of SigEp do that at Hall Wars, too. They raised approximately $7,000 for AIDS Project New Haven this year, Forman said.

QU wouldn’t be the same without Hall Wars.

My advice to other organizations looking to get featured on the front page of our university’s website, and make an impact in the Quinnipiac community: use your resources on campus, work together, and think big.