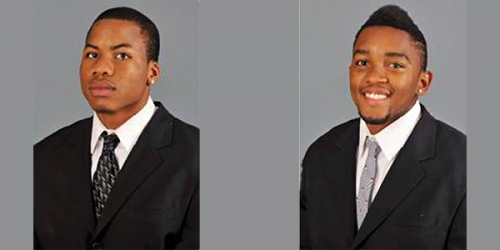 Two Quinnipiac basketball players were charged with assault in the third degree and breach of peace in the second degree early Sunday morning, according to a Hamden Police report.

Both players have been released after each posted a $5,000 bond and are scheduled to appear in court in Meriden Sept. 26.

Ike Azotam, 20, allegedly struck another student in an attempt to break up a fight, according to the report. The student assaulted was treated for his injuries at the University’s medical center.

Police identified James Johnson, 21, as a student who struck another student in the face.

No other students involved were mentioned in the police report or were available as of press time.

“The university is investigating the matter,” said Lynn Bushnell, vice president for public affairs. “The students involved have been fully cooperating with the Hamden police, campus security and

Quinnipiac’s athletics department did not have a comment at this time.

Johnson, a senior guard, led the Bobcats in scoring last year, averaging 16.1 points and was selected to the First Team All Northeast Conference.

Azotam, a sophomore forward, grabbed 164 rebounds on the season, second on the team behind Justin Rutty.