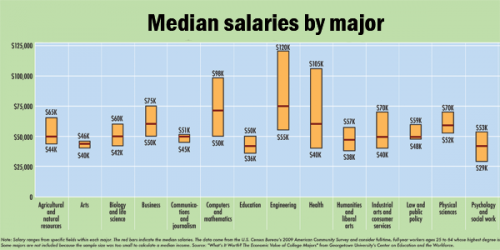 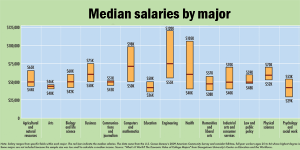 A quarter of students in the freshman class are undeclared in their majors but school officials say taking time to choose your major can be worth it.

“It’s perfectly fine to enter college ‘undeclared,’” Vice President & Dean of Admissions Joan Mohr said in an email. “Keep an open mind as you begin to explore the university curriculum – subjects that you did or didn’t have in high school might appeal to you in a new way.”

David Ball, author of “A Marked Heart,” had a very unique experience which changed his major, and changed his life forever – he met Dr. Martin Luther King Jr.

“I gave him a 30th birthday party at Yale,” 74-year-old Ball said. “The day he left I changed my major to political science. Because he spoke about Brown vs. Board of Education being decided by the [U.S.] Supreme Court in 1954 and then nothing happened for years. He told us with patience and perseverance that we could achieve integration without violence.”

Ball’s father was a Baptist minister and his mother was a missionary at one time. He felt he was “programmed” as a child to become a minister too.

“When I graduated from Yale I had to make a decision,” Ball said. “I had gone there trying to become a minister and the very last year I gradually began to wonder with all this research I had done in the law school library – maybe I should become a lawyer.”

He went to law school and never became a minister. He got a job at a Wall Street law firm.

“Find something where you have a passion,” Ball said. “Follow your heart, you don’t know how it’s going to unfold but I am confident that if you pursue your heart you can help make the world a better place.”

Ball said that despite adversity, students should take the chance at following their dreams.

It is much more worth while to choose a career you are passionate about, than a “safe” career which will pay the bills, Ball said. Quinnipiac offers help matching student’s interests, majors and careers.

“If you’re passionate about something–there’s likely a career that goes along with it,” Mohr said. “By working with the assistant deans for career services, you’ll be able to get an idea of what your dream job might be looking for.”

The assistant deans have different techniques for assisting students in choosing a major. Joseph Catrino, for the School of Communications, offers two options: self-assessments and job listings.

Self-assessments can help determine what a student’s interests and skill sets are to apply them to a particular major. Catrino also explains jobs and internship possibilities for different majors to help students decide what is right for them. 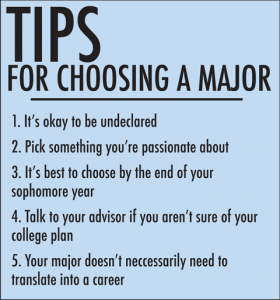 The university says you should determine your major by the time 60 credits are accumulated.

“You can wait that long – it doesn’t hurt you because of the flexibility of the university curriculum,” Catrino said. “If you do wait until the end of their sophomore year, it’s not going to make you stay here for a longer period of time to finish their requirements.”

Having an idea of a possible major going into the second semester of the sophomore year is a good idea because students are able to take a class or two in that major to decide if they like it, Catrino said.

Switching majors may seem daunting to students, but Catrino ensures that it’s worth it.

“If you don’t like something, there is no reason to invest two or three years doing something you’re not enjoying,” Catrino said.

He suggested students should talk to their advisor if they don’t like what they are studying.

“I can’t imagine anything worse than spending the rest of my life doing something because it is stable – learn what excites you,” Janice Swiatek-Kelley, associate director of the Arnold Bernhard Library, said in an email.

All experiences, including being members of clubs, being an RA, and working part time may help students find what they are passionate about, Mohr said.

“I think switching majors is a great idea,” Swiatek-Kelley said. “College is a chance to find out where you are and where you want to go. When someone switches their major it may mean they have found something new that resonates for them. Or they have found what they don’t want. Either is important.”

Quinnipiac tries to prepare students for the professional world, even if they don’t get a career in their chosen major of study, Mohr said.

“You may indeed get a job in the area that you majored in,” Mohr said. “But you may find an entirely different career from what your major was–college is here to help you know how to learn, how to adjust, how to do research, how to write well and think creatively.”

A first job doesn’t only depend on student’s majors, Mohr said; it depends on how much effort students put in during college and how they present themselves.

“Even doctors and lawyers range from music majors to biology majors to engineers to drama majors,” Mohr said.

She suggested talking to college grads who are now working, to see what their undergraduate majors were for inspiration.

“Your undergraduate education helps to prepare you for the chance to do whatever your goal may be – whether that’s your first job, your fifth job, or graduate school either right after graduation or some time in the future.”

Even Mohr changed her career goals shortly after finishing her degree, she said.

“I majored in history, got a graduate degree in education,” Mohr said. “But you know, I was a tour guide at my undergraduate college and I thought those folks in the admissions office seemed to have a very interesting career! Three years after I graduated college, I called back and asked if they had any openings, and the rest as they say, is history.”