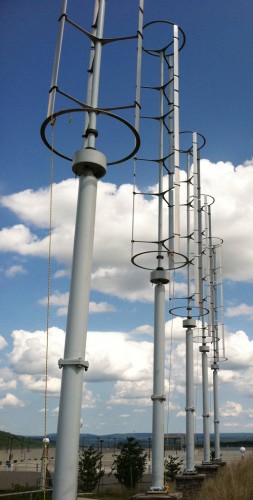 [Updated 7:01 p.m. Sunday] The university announced that a normal schedule would be operating Monday, starting with Monday classes at 8 a.m.

For more photos of the storm, see our gallery here.

[Updated 9:29 p.m. Saturday] According to a recent MyQ post, all Village, Hill, and Commons dormitories will lose power, and are switching to generator power.

As Hurricane Irene strikes the Carolina coasts, Quinnipiac University is preparing for the impending storm in numerous ways, even allowing students to return home and miss the first day of classes.

Quinnipiac sent out an announcement early Friday morning, via its official website, giving a list of ways students can prepare for the storm and an emergency situation. The announcement asked students to remain indoors and close all windows if winds intensify, and also to charge laptops and cell phones prior to the storm. The announcement also stated that health services and the Mount Carmel dining hall will retain their regular hours. It is suggested that all students have pre-prepared food ready as well.

According to meteorologist Gil Simmons, the height of the storm is expected to affect the New Haven area from 4 a.m. to 2 p.m. on Sunday.

Most states along the East Coast, including Connecticut, have declared states of emergency in an attempt to warn its residents of Irene.

The digital announcement also said while classes are still scheduled to begin on Monday, students who would prefer to remain at home until the storm passes would not be penalized from missing the first day.

Hamden Mayor Scott D. Jackson declared a State of Emergency for Hamden as of noon Saturday, and his office issued a release to prepare Hamden residents for Irene. See the release embedded below.